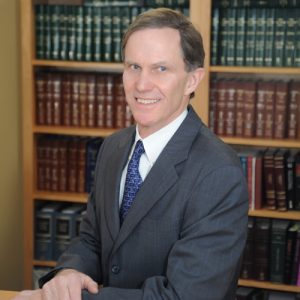 John is the senior shareholder and director in the firm’s Portland office. He has over 35 years of trial experience in a wide variety of cases in the state and federal courts in Maine. John handles complex  commercial and personal injury litigation, products liability, defamation, and legal malpractice cases.  He is one of the most accomplished insurance coverage lawyers in the state. He advises insureds and insurers on coverage issues and handles “bad faith” lawsuits against insurers. He frequently speaks at seminars and for clients on insurance and trial issues. He is Chair of the Maine Civil Rules Advisory Committee.

A short list of John’s cases over the years illustrates the breadth of his experience. Before moving to Maine, John served as Associate Counsel to the U.S. House of Representatives Judiciary Committee in the impeachment of President Nixon. During his legal career in Maine, he has handled cases involving matters
as diverse as murder, ship collisions, lender liability, dam failure, patent infringement and wiretapping. John is listed in “Best Lawyers in America,” New England Super Lawyers,” “Chambers USA,” and “Benchmark Litigation.”

John graduated from Harvard College and Harvard Law School. Originally from New York City, John commutes to work in Portland by ferry from Peaks Island where he and his family maintain a fleet of two rowing dories, a rowing shell, a sailing dinghy, a Soling and seven sailboards. He plays hockey twice a week, year round, and recently met Prime Minister Shinzo Abe on a hockey trip to Japan.