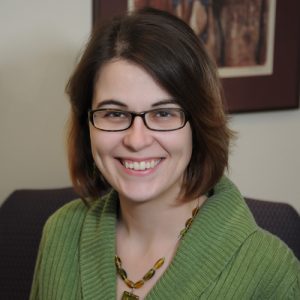 Heidi Eddy started at the firm in 2008, after serving as a law clerk for the Maine Superior Court.  She is admitted to practice in Maine, Massachusetts, the United States District Court for the District of Maine, and the United States Court of Appeals for the First Circuit.

Prior to law school, Heidi worked in substance abuse and child abuse prevention for a local non-profit organization.  She was also active in public speaking both locally and nationally on the issue of ensuring access to post-secondary education for low-income parents. She remains committed to that concern and continues to share her personal story of overcoming poverty and leaving welfare behind through the assistance of the Maine Parents as Scholars program.

In over a decade of practice at the firm, Heidi has worked on matters in virtually all of the firm’s practice areas.  She is especially skilled at dispositive motion practice, including summary judgment motions, and civil appeals.  In 2014, Heidi joined the Hon. Joyce A. Wheeler of the Maine Superior Court at the Maine State Bar Association’s summer bar meeting to offer a continuing legal education presentation called “Winning Summary Judgment.”  Heidi continues to help clients win their cases on summary judgment when possible and to defend those judgments on appeal.

University of Maine School of Law